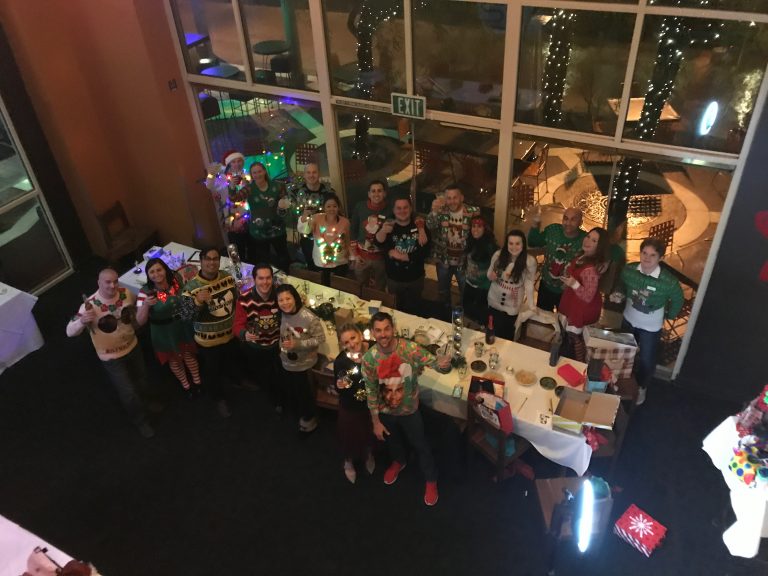 Spreading the Holiday Cheer Throughout the Year

How were your work holiday-related parties? Better than last year? Were they a lot of fun? How was the food?

So December rolls around and everyone’s in that frantic, “Oh man, I have to make sure to be grateful for everyone and do some of the hip calculations comparing relationships to social norms to decide who gets a gift” mode. And you, as a boss, decide to throw a party. And you’ve got four ways this can go:

Ever notice that a lot of these “workplace building” activities and efforts (your parties and inner company events and so on) only shine around when the calendars say so? Thanksgiving? Throw some pumpkin stickers on that wall. Store bought pumpkin pie and let’s get ready to put up a tree real quick for the upcoming holiday and New Year. You know what’d be fun? Having the entire team decorate it. Seems like we only think about doing these employee-centric and community fostering activities because a calendar told us to. Would you if it didn’t?

Afterwards everyone just kind of goes back to work. That’s when people start loathing your holiday parties (that they’re low key obligated to go to, even though they’re wink really not wink), it’s sort of like spending a dinner with those in-laws that fake smile at you because they have to, not because they want to.

So, how can you foster a spirit of positive energy to make sure your company events have some kind of positive effect? Well, you can’t really fix that collective “because you have to” attitude. If there aren’t any genuine feelings there, the only real way to fix it is to FIND those genuine feelings. Or build them. So, as a boss, how can you make sure that people have a genuine sense of community at your company activities?

Looking back at it, it seems like the main takeaway from all of this is just to be genuine throughout the year, not just in December. Spread the holiday cheer throughout the entire year, not just on those few weeks when your calendar reminds you to. And I think that’s the title of the post, so that’s where I’m also going to end it.